It looks like congrats are in order for rapper Azealia Banks as she announced her engagement to Ryder Ripps.

She shared a photo of her rocking a ring on that finger. The jewelry features a menorah, a religious Jewish symbol.

She added the caption, 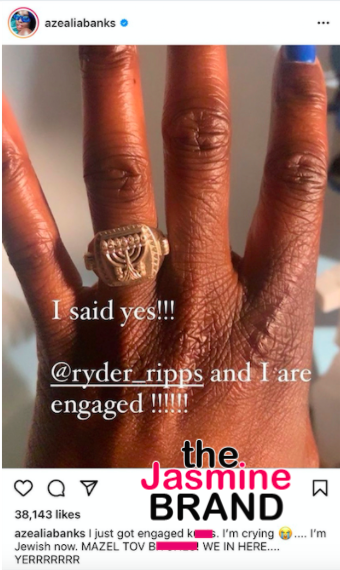 Ryder Ripps works for a digital marketing and design firm, OKFocus, that has teamed up with brands like Red Bull and Nike.

Azealia Banks also shared a video that he directed for her.

In true Azealia Banks form, she had a message for those who weren’t fans of her wearing the ring with the Jewish symbol. 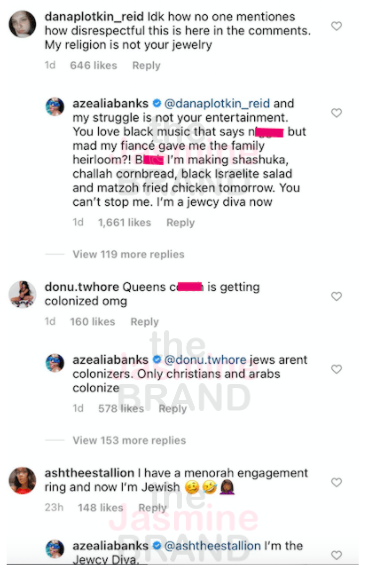 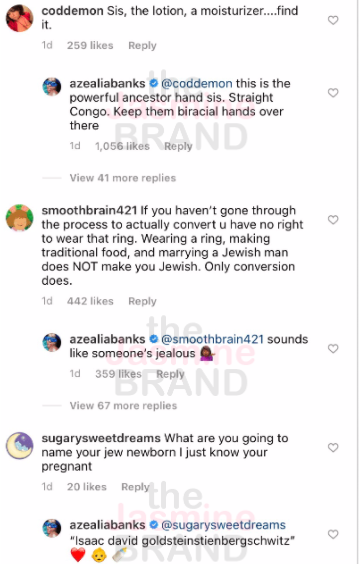 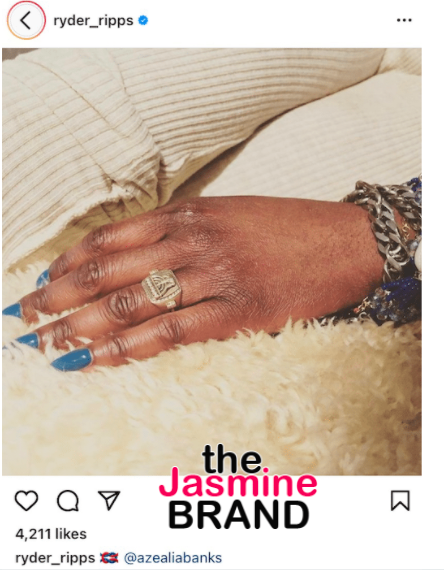 What are your thoughts on Azealia Banks’ engagement? Comment and let us know.