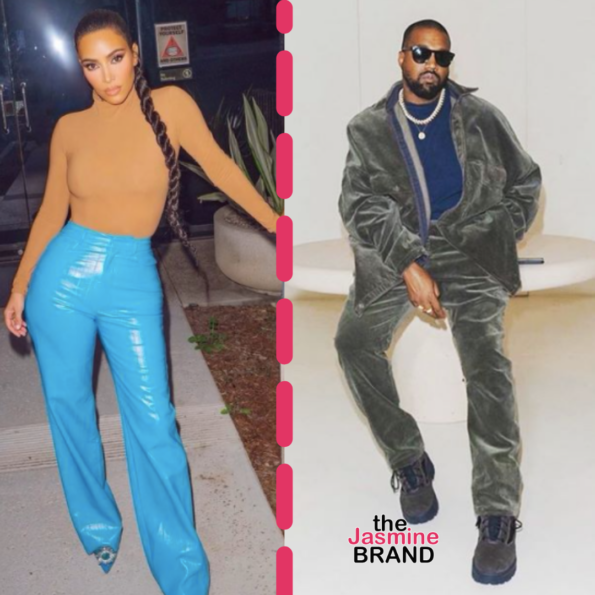 Kim Kardashian & Kanye West Had To Live Apart Because Their Communication Had Become Toxic, Says Source

More details surrounding Kim Kardashian and Kanye West’s alleged divorce have recently surfaced. According to reports, the pair have been living separately these past few months due to their relationship being too toxic. Kanye is reportedly staying at his $14 million ranch in Wyoming while Kim, and their 4 children, have been living in their Calabasas home.

A source close to the celebrity couple shared with Us Weekly that their communication problems are what drove them into separate homes. They said,

“Kim and Kanye had no option but to live apart in the end because the communication between them had gotten so downright toxic.”

The source continued and claim that despite their efforts to stay together, things didn’t work out that way in the end.

“[Kim Kardashian and Kanye West] went into the latter part of 2020 with the very best of intentions and wanted to find a way to get along when they spent time together. But it reached the point where the bickering turned to nasty blowups and confrontations, and since neither of them wanted the kids exposed to that type of hostility, they [stayed] apart.”

As we previously reported, it’s being speculated that after six years of marriage Kim Kardashian is preparing to file for divorce from Kanye West. Reports claim that Kim reached her final straw with Kanye following a ‘big fight’ that they had last month. According to an insider,

“Kanye blew up at Kim and she was really upset. Things between them don’t seem to have healed since that.”

What are your thoughts on this situation? Let us know in the comments.

Kim Kardashian & Kanye West Had To Live Apart Because Their Communication Had Become Toxic, Says Source