Newsflash!!! Rapper 2 Chainz is doing his part to give back to the community.

The popular entertainer recently released details regarding his partnership with YouTube Music to help Black entrepreneurs.

In a video series entitled, “Money Maker Fund,” 2 Chainz gives HBCU students and alumni the opportunity to pitch their businesses, with the chance of receiving assistance with funding. 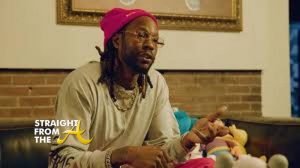 The show is in partnership with YouTube’s Black Voice Fund, produced by 2 Chainz, and throughout the show, the rapper will give away $55,000 to Black entrepreneurs over the course of five episodes.

In the premiere episode of ‘Money Maker Fund,’ 2 Chainz explains his mission, stating:

With this year being more than challenging for all of us, I am inspired by these courageous students who are still pushing through chasing their dreams and goals.

The entrepreneurial rapper, whose real name is Tauheed Epps, owns several successful businesses in the Atlanta area and notes that the point of his show is to inspire young entrepreneurs to keep pushing.

The idea behind the Money Maker Fund is simply to add more fuel to the already-burning fire of ambition they showcase.

The #YouTubeBlack Voices Fund enables us to thoughtfully invest in amplifying the voices of Black artists not only by bringing their creative visions to life, but by exploring and celebrating Black identity and culture from their personal perspectives.

I watched the first 2 episodes, and the series is definitely a game changer. Supporting Black businesses is crucial and it’s great to see 2 Chainz doing his part to uplift up and coming brands.


The 2nd episode features a young woman who has released her own portable blender called the “Blend Me Blender.” 2 Chainz offered her $7,500 to build her buisness.

Salute to 2 Chainz and YouTube Music for giving back!

What are your thoughts about the “Money Maker Fund” series?

SINGLE AGAIN!!! Media Mogul Tyler Perry Is Back On The Market…

This is 50!!! Actress Regina Hall SINGS Her Way Into A New Century… (VIDEO) 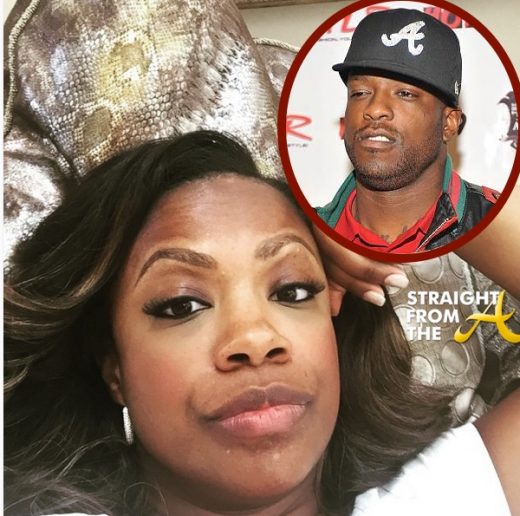 NEWSFLASH! Kandi Burruss of The Real Housewives of Atlanta has ignited a brand new “beef” with her baby daddy.

Russell “Block” Spencer, the father of Kandi’s oldest daughter, Riley, seems to be sick of y’all dragging his name all up and down the reality show streets.

Riley’s sperm donor is now on a full blown press tour and he recently spoke with HOT 107.9’s, B High ATL, to share his side of the deadbeat dad story.

In the video below, Block attempts to explain his absence in Kandi’s daughter’s life by claiming that Burruss was merely the side chick and he already had a wife and four kids when they were messing around.

According to Block, Kandi even went behind his back and told his wife that she was pregnant and that’s when things went left!

[FLASHBACK: Quick Quotes: Blocks Wife Claims Kandi Knew She Was The Side Chick!]

Block recalls that “when I was dealing with Kandi, I already had a family. So then I had a daughter inside of that. Then when you go behind my back and call my girl and tell her you pregnant, you gotta handle that beef yourself. My girl at home said b***h f**k you, you ain’t coming here.” 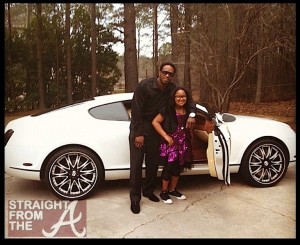 Block goes on to say that he paid child support for Riley until she was 14.

[Sidebar: Ummm… Sir, what happened to the years following her 14th birthday? But I digress. ]

I have a strong feeling that Mama Bear Kandi will be coming for him in 5, 4, 3, 2… unless she’s too busy filming all her shows and raising all those kids.

Whatever the case, I feel for Riley the most. Luckily, in spite of it all, she has grown up to be an articulate, level-headed, intelligent young lady.

What are your thoughts about Block’s revelations?

NEWSFLASH!!! Sheree Whitfield and her prison bae have been reunited.

Tyrone Gilliams is FRESH OUT and Whitfield is right by his side getting him acclimated to the outside. 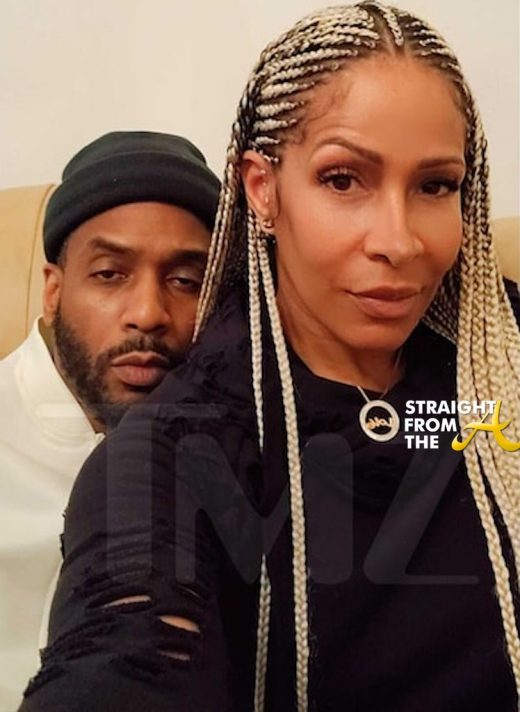 For the record, Whitfield leaked the news earlier this week that Tyrone Gilliams was released early from prison and now she’s sold a few photos to the blawgs. 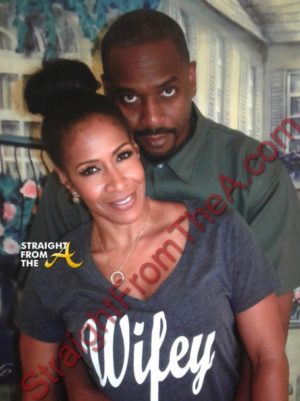 As previously reported, Tyrone was sentenced to 10 years in prison on October 31, 2013 for his role in an elaborate Ponzi scheme that cost investors about $5 million. he was originally scheduled to be released from prison on November 14, 2022.

Gilliams was released early due to covid-19 and he’s been recently spotted huddled up with Sheree in Philly, where he will be spending the remainder of his time in a half-way house.

Gilliams was released from prison in Kentucky last week and ever since then he’s been spending lots of QT with Sheree. We’re told they’ve mostly been spending time in Philly … going out and enjoying cheesesteaks, naturally.

While several blogs have reported that the pair is planning a post-prison wedding, Tyrone tells TMZ that he’s open to rekindling their relationship but has no plans to pop the question anytime soon. 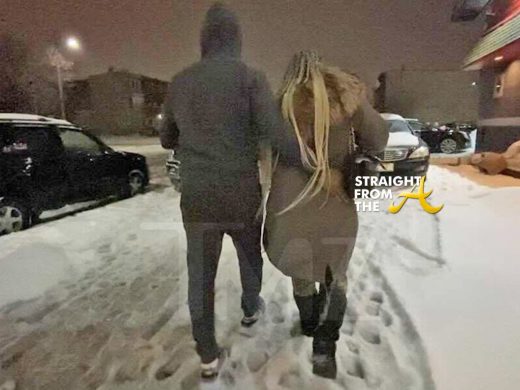 Ouch! That’s got to hurt, considering that Sheree waited for him all these years.

Oh well… salute to Sheree for her patience and loyalty.

What are your thoughts about Sheree & her “prison bae” being reunited”

The Real Housewives of Atlanta has taken a noticeable hit after its star player left the team.

Nene Leakes has been quiet for the past two weeks but she couldn’t help but comment as we all noticed the show’s decline for the 2nd week in a row.

Well now, she’s officially asking fans to tune out of the show she made famous.

I took a blog hiatus over the Summer, but spoke at length via my LIVE YouTube show about the rising tensions between Nene Leakes and Bravo.

The reality starlit shared her feelings about how both Bravo and Andy Cohen were mistreating her and there were receipts dropped with comparisons to how other stars at the network (i.e. non-Black women like Kim Zolciak-Biermann, Lisa Vanderpump etc).

Nene Leakes hit the tweets early this morning asking fans if they were ready for war!

Y’all ready to start this boycott yet?

She also asked fans to TURN OFF their tv’s in support of the black women who have “created shows, created genres, built franchise and built networks”…

For the record, it was several loyal readers of StraightFromTheA who took the initiative to create the petition to BoycottBravo and one of the creators joined my show to explain why they are now choosing to turn off their tv and boycott Bravo.

If you haven’t been following the drama, I assure you, it’s worth catching up on.

What are your thoughts about Nene Leakes call to BoycottBravo?