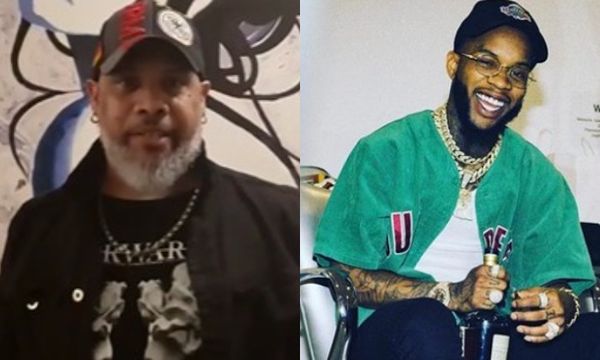 But there’s at least one person who’s riding for Tory: His father Sonstar Peterson, who declared his boy’s innocence during an interview on Mob Radio. [Jump to 26:14 mark].

“Have you ever in your entire life seen such a rush to judgement?” asked Sonstar, who’s in ministry. “Supposedly credible news sources going out there saying dumb things …  There have been a lot of lies that have already been told.”

“I think a lot of these people, be it TIME magazine who put Megan on their front cover as the most influential person of the year and then put Tory in another page as being the poster child for how to block troublesome artists on your Spotify, I want y’all to know very clearly, this game ain’t over yet,” he added. “When the stuff really starts to come out of the closet, they will realize who was right, who was wrong.”

Do you think it was a good idea for Tory to put out the DayStar album or should he have maintained his silence?