Draya Michele Says She Doesn't Get Child Support, As She Reveals She Bought A New Home - ViralMula.com

Draya Michele Says She Doesn’t Get Child Support, As She Reveals She Bought A New Home

Entrepreneur and mother of 2, Draya Michele took some time out on Twitter to let the world know, that she bought a new house, and she takes care of her responsibilities, without any help from the father’s of her children.

In a series of Tweets she noted that she bought a new home in Los Angeles. While celebrating her purchase, a social media user seemingly suggested that she was able to afford her home because of child support. See the interaction below. 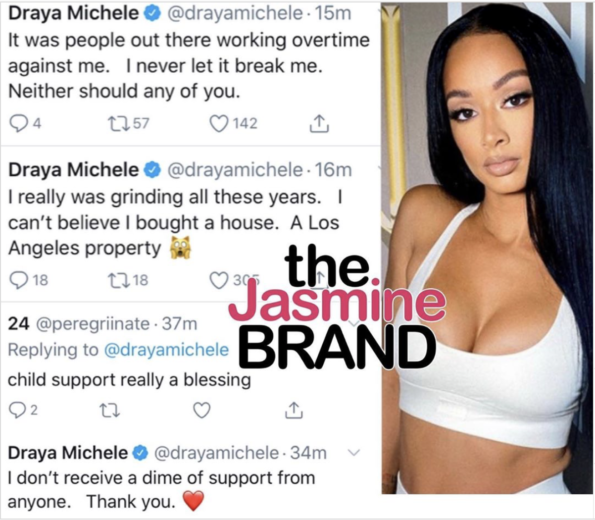 This isn’t the first time Draya has clarified that she doesn’t get any child support.  For years the entrepreneur and reality star has been accused of having her first child Kniko, with former NBA player Gilbert Arenas, and receiving $40k in child support. 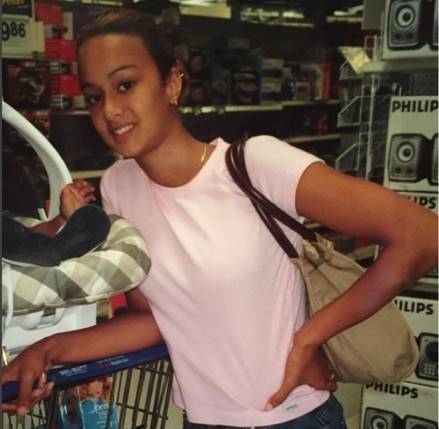 A few years ago, she took to Instagram slamming the rumors, and confirming the identity other child’s father.

“Here is Draya ….. At 17 years old I got pregnant by a man who became incarcerated for 10 when I was 7 months pregnant. With help from my mom, I was able to survive. Now, judging by how under-developed and young I was, besides living in a very small city in PA….. There’s no way in 2002 I got pregnant by some athlete. If I had, there’s not a chance in fucking hell I would have wasted 7 years of my life working “in the club” because clearly child support would be on fleek. I have never received A DIME of child support in my life and that’s ok. I have also NEVER attempted to say anyone other than who my son is named after (yes he’s a junior) was the father. My son’s father lives in pa and makes an honest living being a barber. This shit is completely embarrassing to me and my family. And I intend on putting this to final rest. I’m pissed that I had to take time from remodeling my office in my brand new 4000 square foot warehouse to even address this. But I’ve been quiet too long. I’ve also let people tell “my story” on tv too many times. I’ll speak my truths….. You speak your own and keep whatever momentum going by doing that. God bless. Leave the kids out of it for heaven’s sake. #seemybabyseat #boxdye #walmart”

Late last year, Draya broke things off with her fiancé Orlando Scandrick, whom she also shares a son with.

On Christmas, the former Basketball Wives star revealed that she was single on social media. Based on her announcement, it appears that they broke up in December.

What are your thoughts on Draya Michele allegedly not receiving any child support? Let us know in the comments!