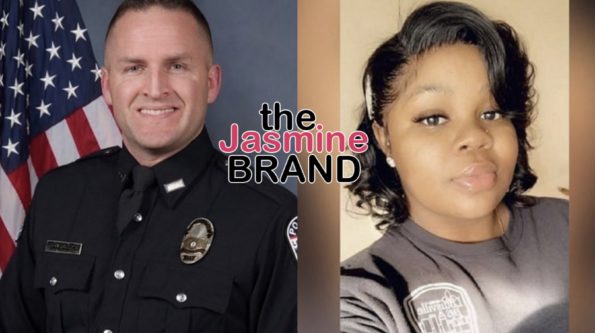 He could also get fined for the shirt as well.

Lewis Hamilton said of the shirt:

“It took me a long time to get that shirt and I’ve been wanting to wear that and bring awareness to the fact that there are people that have been killed on the street and there’s someone that got killed in her own house, and they’re in the wrong house, and those guys are still walking free.”

“We can’t rest, we can’t… we have to continue to raise awareness with it.”

An insider told CNN that the grand jury,

“will be hearing other criminal cases first to get their feet wet with the process and then hear the Taylor case.”

“RHOA” star Porsha Williams has been continuously protesting in Breonna Taylor’s honor. The reality star recently was accused of twerking in front of a cop at a protest.

Porsha Williams posted the screenshot of the headline of an article that read “Porsha twerking at the protest, and stop saying it’s Yandy Smith, she’s wearing blue jeans”. With a photo of Porsha, who can be seen bent over in front of a police officer. Porsha captioned the post:

“You all have really lost your mind ! If you can possibly believe I was dancing on a cop before being arrested for peacefully protesting for our beloved Breonna Taylor.” 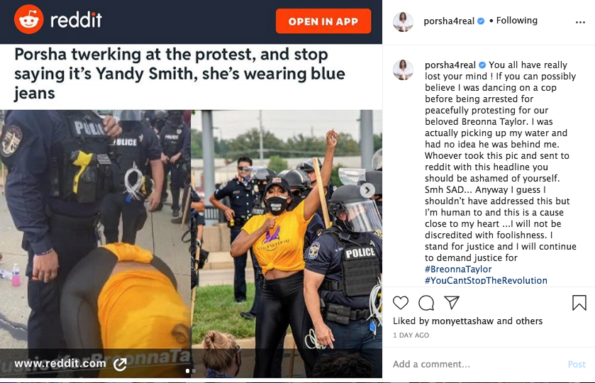 She continued, further clarifying what was actually taking place during the photos:

“I was actually picking up my water and had no idea he was behind me. Whoever took this pic and sent to reddit with this headline you should be ashamed of yourself. Smh SAD…”

The mother of one ended her caption, stating she won’t be “discredited” and allow this to cloud what she’s fighting for:

“Anyway I guess I shouldn’t have addressed this but I’m human to and this is a cause close to my heart …I will not be discredited with foolishness. I stand for justice and I will continue to demand justice for #BreonnaTaylor #YouCantStopTheRevolution #SayHerName”

She also added video footage of what really happened:

What are your thoughts on Lewis Hamilton facing an investigation for wearing a Breonna Taylor shirt? Let us know in the comments!