Only a year after actress KeKe Palmer joined the cast of the third hour “Good Morning America” show, “Strahan, Sara, & KeKe” – the show’s cancellation was announced last month. But, KeKe Palmer says the wool wasn’t pulled over her eyes when she received the news. She recently told Andy Cohen that with the shift in content towards the global coronavirus pandemic, she expected the show to get the axe:

“[It was] expected. Because, here’s the thing, when the pandemic hit – that’s what was on all our minds: pandemic, and corona, and understanding COVID. So I knew that if our show did come back, it’d have to be much, much, much later, ’cause our show is really about an audience. If you think about it, that’s what we do. We do news with a little bit of entertainment.”

“It’s really fun conversations and light-heartedness. So with the times, some of the conversations change and that kind of leaves ‘SSK’ out. So I expected it.”

Shortly after it was announced that SSK would not be returning, KeKe Palmer spoke out to shut down speculation that her presence at Black Lives Matter protests played a part.

“I want to speak on this simply because I hate the narrative that if you speak your mind as a black person that you will in some way be punished. I have seen this going around and at first I ignored but in this climate I realized this is a dangerous message to send to our generation and the generation coming up…The reality is I was never signed to “SSK” as one would a seasonal show. This business is dynamic and instead of thinking of me as a “series regular” see me see me as a brand that works with the corporation Disney/ABC News and this particular show I was on is no longer. That does not mean the relationship I have with them dies, that means it evolves.”

What do you think about KeKe Palmer’s statements? Comment and let us know!

Bow Wow Lusts Over Singer DaniLeigh: A Woman Like This, I’ll Call My Jeweler So FAST!

If you haven’t had the chance to pick up Stacey Abrams‘ While Justice Sleeps yet, don’t worry–because it’ll be gracing televisions soon!

While the Georgia politician may be more well-known for tackling voter suppression, she also has quite the experience as an author! It turns out that While Justice Sleeps is actually Stacey Abrams‘ ninth fiction novel, but her earlier works were written under her pen name Selena Montgomery rather than her government name. In an interview that aired yesterday (May 11th), Abrams explained her rationale for penning her earlier novels under an alias. Speaking with Gayle King on CBS This Morning, Abrams claimed:

“The only reason my name wasn’t on Selena Montgomery’s novels is I was writing tax articles and social policy treatises at the same time I began publishing in fiction and it was much easier to keep them separate. It was less about hiding that I wrote romance and being more concerned about romance readers not wanting to read romance by a tax wonk.”

In addition to nine fictional novels as Selena Montgomery, Stacey Abrams also authored two political texts: Lead from the Outside: How to Build Your Future and Make Real Change and Our Time Is Now: Power, Purpose, and the Fight for a Fair America. These nonfictional works were released using Abrams‘ real name.

It seems like the Georgia politician is becoming more comfortable putting her real name on her creative works, and there appear to be great benefits following this decision! The details on the TV adaptation are still forthcoming, but it looks like it’s in the works!

What are your thoughts on Stacey Abrams’ new novel getting a TV deal? Comment down below to let us know! 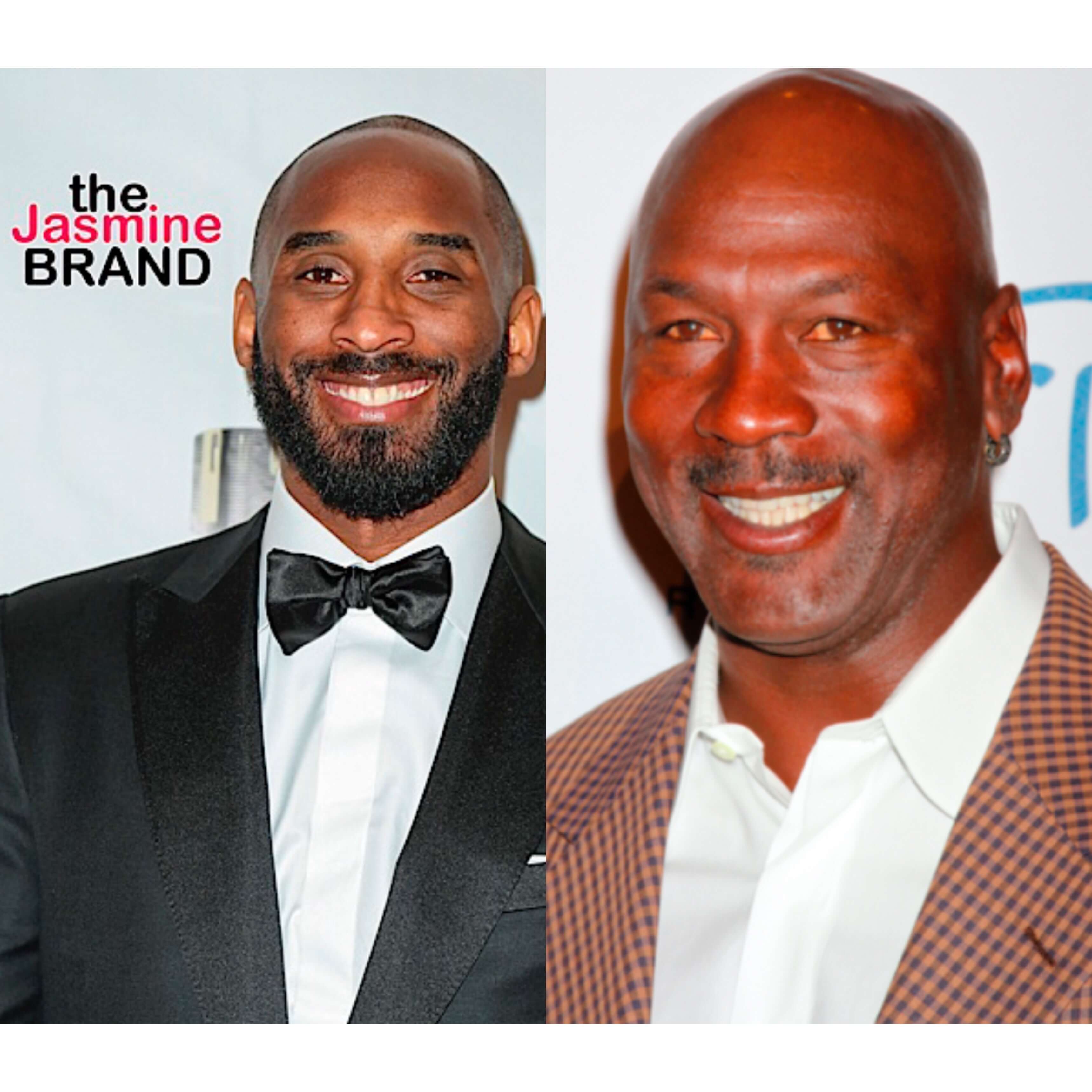 Legendary basketball player Michael Jordan recently revealed he still has the final text message sent to him from Kobe Bryant. He admitted he occasionally retrieves it, even though it resurfaces his grief and triggers the urge to ask the question, “why?”

In January 2020, Kobe Bryant, his daughter Gianna Bryant, six other companions, and a pilot, tragically lost their lives prematurely in a helicopter crash that shook this nation to the core. As Kobe Bryant’s mentor, friend, and confidant, Michael Jordan was selected by Kobe Bryant’s family to serve as Kobe’s presenter for his induction into the Naismith Memorial Basketball Hall of Fame on Saturday [May 14th].

In an ESPN report, Jordan acknowledged his concerns about how he’ll be able to maintain his composure during the Hall of Fame induction ceremony with the lingering grief he continues to feel. He stated:

“I was thinking, at first, I might be a little somewhat nervous about it, but then I realized I’m not going to be nervous about showing emotions for someone I absolutely loved.”

Kobe was comfortably settling into the post-retirement life with a focus on spending quality time with his family, curating and developing his entertainment company, coaching, and basketball-related business ventures.

Michael Jordan had this to say:

“He was just so happy. He was doing so well.”

While speaking to ESPN’s Jackie MacMullan, Jordan shared the contents of the final thread of text messages that he and Kobe exchanged in December of 2019. Kobe began the text thanking Jordan for a bottle of Cincoro Tequila. The two friends then exchanged pleasantries before Jordan teased Bryant about his youth basketball-coaching aspirations. Jordan said,

“Kobe was really into coaching Gigi, so I hit him up about that.”

His text to Kobe read,

“Happy holidays, and hope to catch up soon. Coach Kobe??!”

“I added that little crying/laughing emoji.”

“I just love that text, because it shows Kobe’s competitive nature.”

For the Class of 2020, Kobe is one of nine basketball legends who will be inducted into the Hall of Fame this weekend.

What do you think about Michael Jordan saving the last messages Kobe sent him? Comment below and share your thoughts! 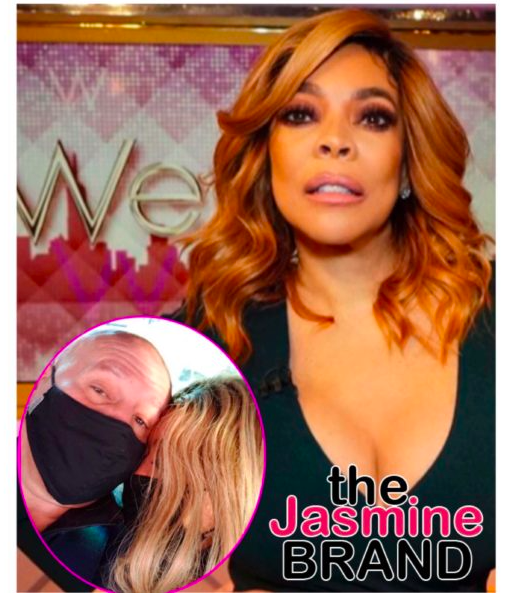 “I didn’t say anything because I’m that grown, you know. We would have had this discussion way behind the scenes and I am not embarrassed because I am that grown. But since childish ones, Mike.”

“Who are you? What! Okay. I was as available now as I was then. We were never boyfriend and girlfriend so it wasn’t a thing. You [Mike Esterman] and Mario Lopez need to get your stories more symbiotic.”

As previously reported, Wendy Williams and Mike Esterman started dating in March of this year after Mike caught her attention during a dating segment that took place on Wendy’s talk show. Following their breakup, Mike spoke with Page Six and shared that Wendy should be with someone that has more time on their hands.

“She deserves to be with someone who may have more time.”

He continued and said that they were never an official couple and he was trying to get to know the popular talk show host on a personal level.

“We were never an item after three dates. I had placed all work-related tasks aside to get to know her on a personal level, no angles or hidden agendas. I can only wish her the best as we both continue the search at our own paces and remain friends in the process.”

What are your thoughts on what Wendy Williams has to say about her ex? Tell us in the comments below.