Anderson Paak Jokes That He Drinks Sperm With Oat Milk Every Night Before Bed, Later Explains: It's Sea Moss!  - ViralMula.com 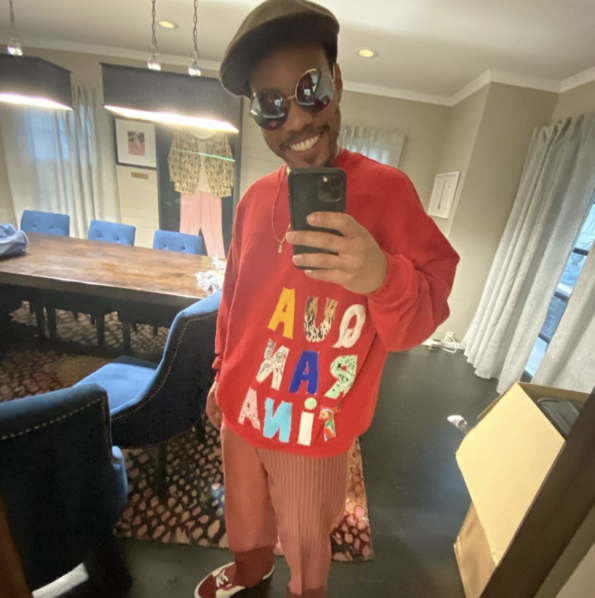 “I collect and refrigerate my own sperm in mason jars and drink it with oat milk before I go to bed. Some call it a night cap but I simply do it for health benefits.” 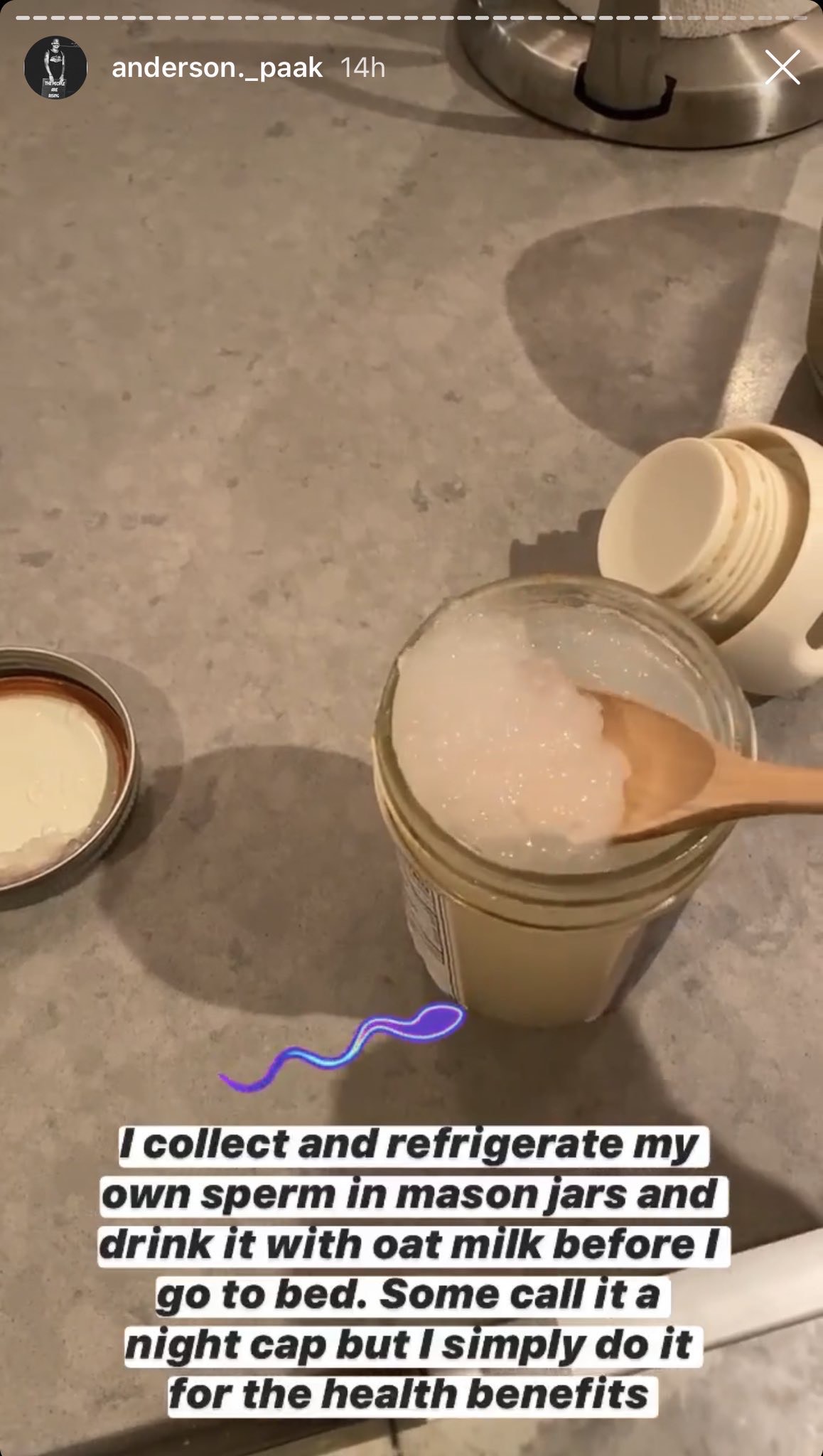 Shortly after he posted the alleged sperm, Anderson Paak admitted that the “sperm” was actually Sea Moss. 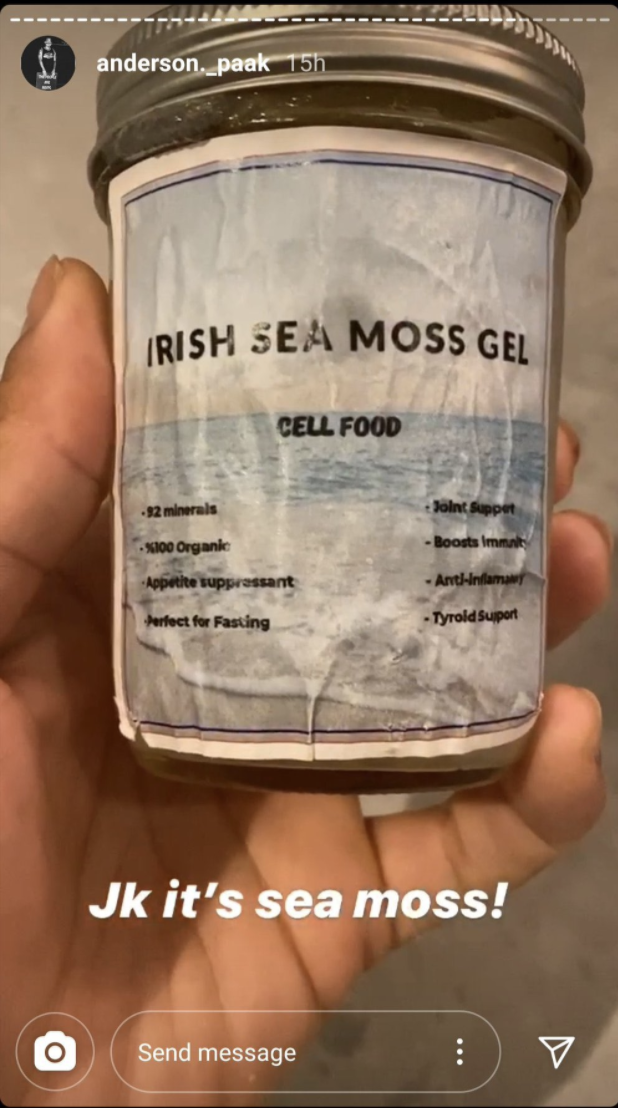 Sea Moss apparently helps to strengthen the immune system and aids with digestion. Because Sea Moss has a lot of iodine inside of it, the iodine helps to regulate the thyroid (which helps to keep your metabolism intact). The Oxnard, California native then posted a parody instagram page that claimed to sell his sperm. The rapper wrote in response to the page, 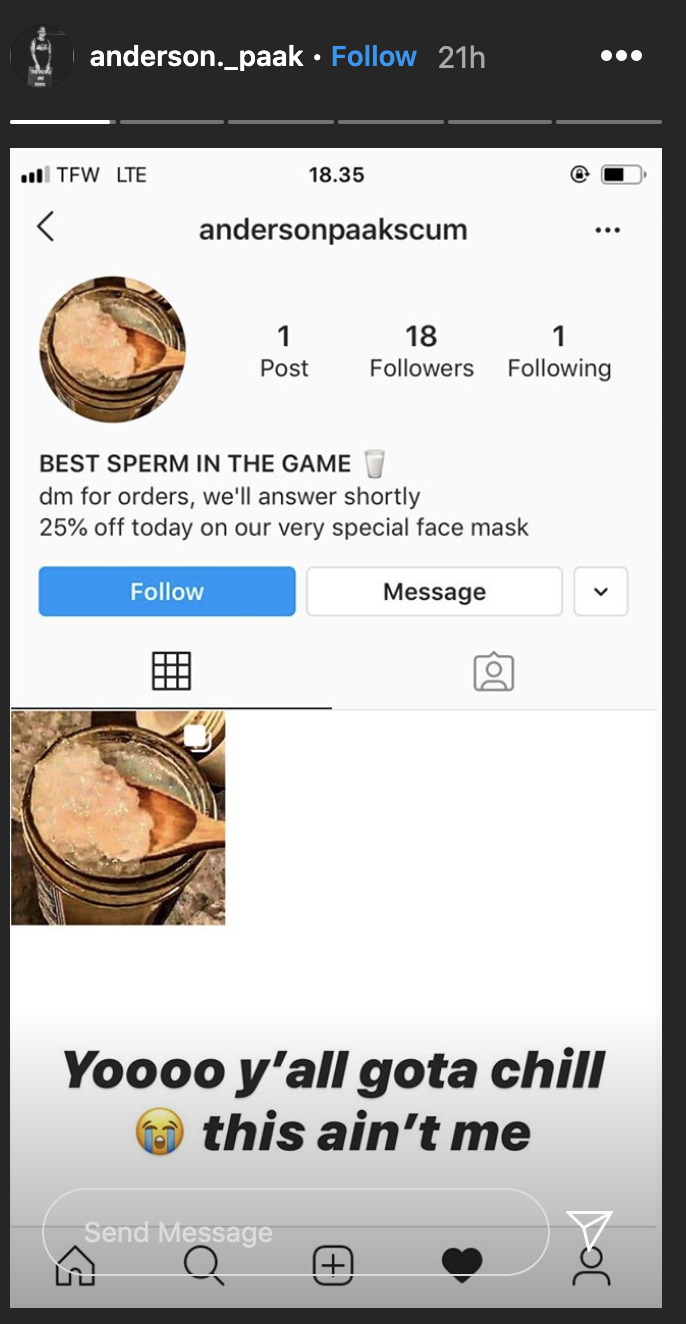 What are your thoughts on Anderson Paak falsely stating that he ingests his own sperm? Tell us your thoughts in the comments below.