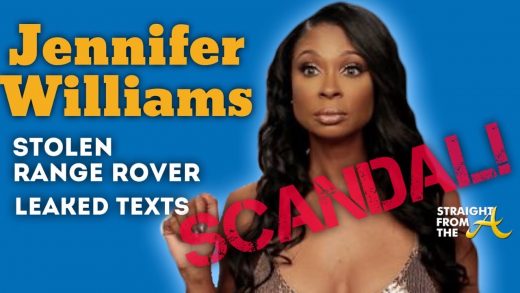 Jennifer Williams of Basketball Wives recently hit the net with a public plea to help track down a con man who scammed her out of her Range Rover.

Williams posted a side-by-side photo of herself perched on top of the pricey luxury vehicle along side a photo of the man she has accused of stealing it. The caption reads:

“I’m asking for some help finding my Range Rover that this man, Aaron Nichols, stole from me. He goes by many alias including Nick, Daniel or Chris. He has conned many women and men too out of vehicles and large amounts of cash.” 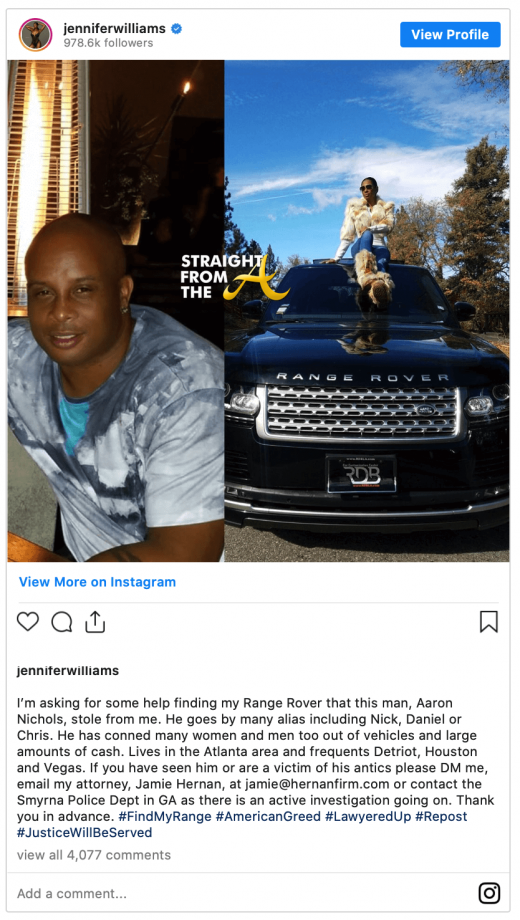 The caption continues: “Lives in the Atlanta area and frequents Detroit, Houston and Vegas. If you have seen him or are a victim of his antics please DM me, email my attorney, Jamie Hernan, at [email protected] or contact the Smyrna Police Dept in GA as there is an active investigation going on. Thank you in advance.”

Since her initial post, the man involved has hit social media to respond with a slew of doctored text messages which seem to be an intentional distraction from the accusations at hand.

Despite all of the drama and speculation regarding the alleged con man’s leaked messages, the question remains… WHERE IS THE RANGE ROVER?!?

What are your thoughts about this situation?