Abuja – The Federal Government may have put embassies and diplomats under surveillance over its suspicion that they are interfering in election matters in the country.

Daily Independent learnt that the government’s action would be in reaction to the suspicion that these diplomats may have brought in some sophisticated equipment meant for election monitoring and installed them in their embassies.

According to the source, the Federal Government believes the equipment would be used for the forthcoming election.

The government’s response, according to highly placed sources, may define the country’s relationship with the international community if President Muhammadu Buhari wins the presidential election on Saturday.

The Federal Government and its security agencies believe that diplomats and their embassies are meddling in the electoral exercise – an action forbidden in diplomatic circles.

According to the source, all members of the Nigerian intelligence community who frown at this trend have since put some of the diplomats under watch.

“We have no problem with anybody who brings equipment explicitly for polls monitoring, but we frown at the use of such device to compromise our national security,” the source said.

The source further stated that there would be sanctions from the Nigerian government in the event of any diplomatic infractions by embassies and diplomats.

Regardless, international polls observers, including embassies with strong ties to the nation, insist that the February/March elections were very critical not only for the survival of the country, but also for the West African sub-region. They, therefore, insist that the standard of the polls should not fall short of that of 2015.

But there are other versions to the allegations made by government and the threats of sanction on diplomatic missions in Nigeria.

Some sources, however, said what security agencies might be alluding to as “surveillance equipment” could just be the Parallel Voting Tabulation (PVT) system, which is being introduced by opposition Peoples Democratic Party (PDP).

The PVT, a vote integrity monitoring application, is principally a replica of electronic vote transfer app but with improvements in taking audio, visual tabulation of results, starting from basic polling units.

It was also learnt that its margin of error is single digit, less than 5 percent.

According to Osita Chidoka, Special Adviser on Strategy and External Engagements to National Chairman of the Peoples Democratic Party (PDP), while speaking with newsmen at the PDP Legacy House, Abuja, on the PVT, he said the device was a scientific tool that prevents rigging and assures the credibility of the election result.

“The PVT is a tool that will assure that PDP partisans accept the result of the elections, and that the country remains peaceful and respectful of its differences. We are aware that other PVTs will be conducted by civil societies.

“Hard copies of the signed voter tally provided to all party agents by the NEC officers will be transported to the central command centre should future disputes need to be reconciled.

“We have built a national network of fully equipped situation rooms and call centres.

“PDP has established a reporting system for the PVT through the wards, to the district headquarters, to the states, to the national tally centre.

“The system has redundancies built at all levels – in the event of an internet or communications shutdown or failure or any other eventualities.”

According to him, the PDP would deploy an unprecedented number of trained party agents to each of the 176,000 polling units across the country to monitor the election.

Indications are also rife that the European Union (EU), the African Union (AU) and the United Nations (UN) are interested in what the outcome of the PVT would be and might be poised to recommending such in future elections elsewhere.

This development, say other sources, has created unease in some circles in the presidency.

According to this group, the PVT might be encroaching on the roles of the Independent National Electoral Commission (INEC), the country’s sole election umpire.

“Are they saying that INEC can’t be trusted?” asked a bemused source in the presidency.

But with Buhari’s refusal to sign the electronic voting bill into law, pundits aver that any measure meant to ensure voting transparency would be welcomed by the international election observers.

“PVT, introduced by the Peoples Democratic Party (PDP), in conjunction with other opposition parties and some critical stakeholders, has attracted the interest of observers,” explained a European Union (EU) monitor to Daily Independent.

But going by some developments in the Presidential Villa last week, the matter might well be out of the president’s hands.

For instance, at a closed door meeting between President Muhammadu Buhari and Patricia Scotland, Secretary General of the Commonwealth of Nations, it was impressed on the president that the international community and lots of independent observers would be keenly focused on the election and would not settle for anything less than a transparently conducted election.

“There were talks of agitations raised by opposition parties. The Secretary General also used the opportunity to draw the president’s attention to human rights records in Nigeria, asking that he prevail on security agencies to avoid voter intimidation,” stated a presidency source.

After the meeting, Buhari was said to have summoned security chiefs and head of intelligence agencies in the country to tell them that their conduct must not lead to loss of credibility for the polls. 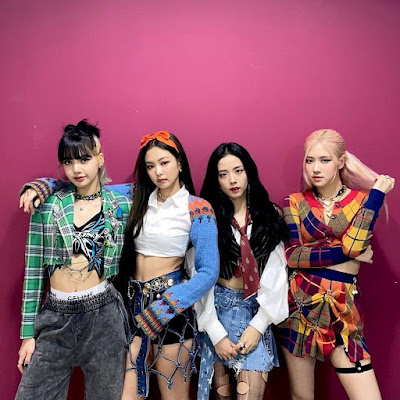 According to reports, the version that leaked was the very first demo of the track not sung by BLACKPINK, but by YG trainees.

Although the phenomenal K-pop girl group is unlikely to officially record the song now that it’s a throwaway, the BLINKs are still hoping as it’s a bop. 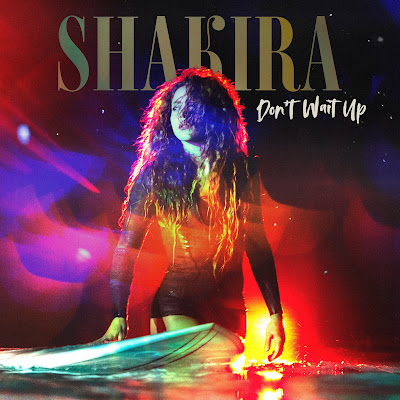 Don’t Wait Up is the lead single from Shakira’s upcoming twelfth album. It is her first completely English single since 2016’s Try Everything.

Check out the lyrics to Don’t Wait Up below.

Do you remember how we lit up the room?

And how you felt before you met all my different moods?

I need to do something for myself, oh

Why won’t you put down your phone and look me in the eye?

Got all dressed up for you, but you seem so occupied

Maybe space is all it takes, it’s timе to fix us

Don’t let your mind think it’s someone еlse, someone else

I need to do something for myself, oh

First I kissed you

Then I got mad at you

‘Cause I wish I’d

Be happy without you

If I ditch you

Then maybe you would understand

Then maybe you would understand

I need to do something for myself, ohh 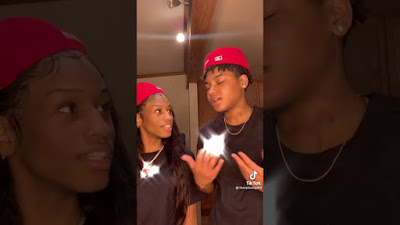 An alleged s** tape of Jayda (prettygurljayda) and AJ (theeyloveaj) has surfaced online.

The teen couple are both social media personalities.

As for AJ, he currently has over 300 thousand followers on TikTok.