Rumors about 21 Savage and King Von’s sister Kayla have been swirling ever since Savage bought Kayla a Range Rover, delivered with 21 roses.

Savage wants everyone to know he’s not trying to smash but is just fulfilling the late rapper Von’s wishes.

I never spoke on stuff like this because I don’t do it for the internet but y’all being disrespectful,” he started. “I knew Kayla before I knew Von because she talks to my little brother. Von was already planning on purchasing the gift for her birthday and due to his untimely passing he wasn’t able to finish so all I did was finish what he started because I told Kayla when he passed I had her 4L and I meant it. All the immature comments and speculation surrounding this are very insensitive please keep them to yourself. Respect to his family, his children, O Block, OTF and anybody I left out. Long Live Von.”

Kayla confirmed that was what was going on: 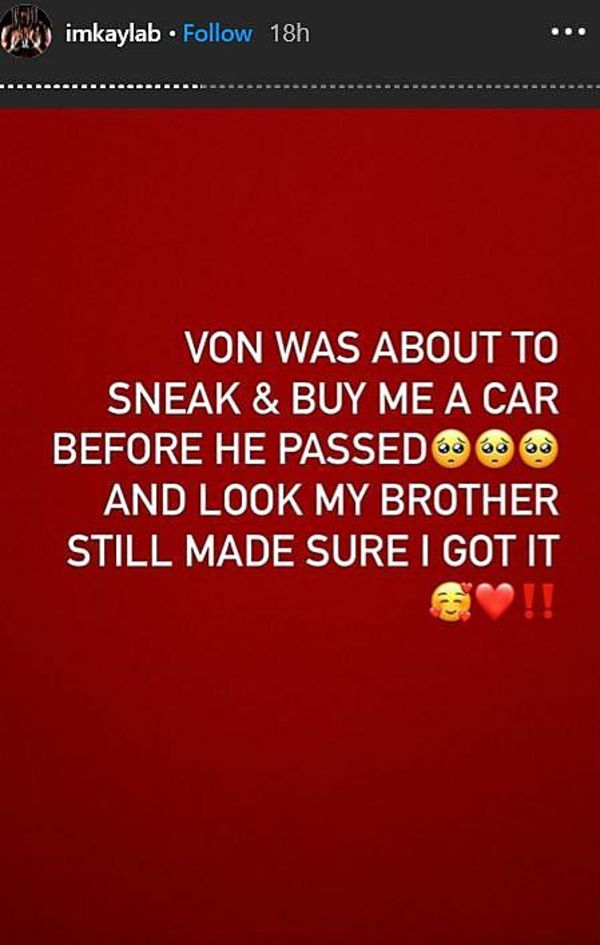