Tamron Hall Denies Ambushing Ex 'Vanderpump Rules' Star Stassi Schroeder During Interview: She Knew What I Was Going To Ask Her - ViralMula.com 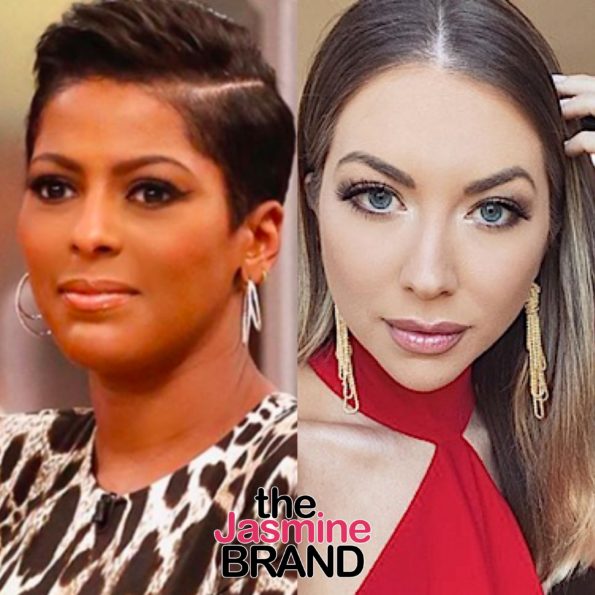 Tamron Hall Denies Ambushing Ex ‘Vanderpump Rules’ Star Stassi Schroeder During Interview: She Knew What I Was Going To Ask Her

Television host Tamron Hall is responding to claims that she put Stassi Schroeder, former “Vanderpump Rules” star, on the spot during their interview.

During an appearance on the Tamron Hall talk show, Stassi Schroeder discussed her thoughts on her racially insensitive comments on her podcast as well as reports that she made racist comments toward former co-star Faith Stowers, which ultimately caused her and Kristen Doute to get fired from the Bravo show.

“What made me really want to run for the hills, when Kristen and Stassi decided they were going to call the cops on me.”

Stassi Schroeder issued an apology via social media on her past behaviors but also recently addressed her privilege on the Tamron Hall show. 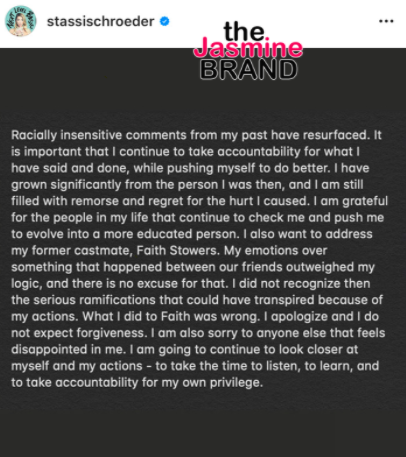 “I am so embarrassed that I even had those thoughts much less put it out there because, I was that Karen.  I was a Karen.”

Stassi Schroeder, who’s roughly five months pregnant, was also questioned about her new racial sensitivity coach. See a clip from the interview below.

Following the interview, an insider said Stassi felt Tamron “put [her] on the spot.”

“She wasn’t in a good mood afterward… She has built her brand on being candid and funny, and she feels afraid to make any wrong comments or jokes and having them come across negatively, which, in turn, made the interview awkward.”

“Producers laid the segments out for Stassi and her team, and everything was all set. And then, to everyone’s surprise, Tamron [Hall] went rogue and took the interview in a completely different direction.”

Tamron, however, didn’t go without a response.  She addressed the reports of Stassi Schroeder’s feelings and said to a virtual audience of diverse women:

“Most people saw it as a fair and open conversation. Difficult, but fair. The other day, I was told that there was a report that Stassi felt ‘unprepared’ and that it was ‘awkward.’ Even that I had gone ‘rogue,’ whatever that means. Let me be open… I’m gonna take you behind the scenes of TV. I don’t tell people the specific questions I’m going to ask them. How they answer, that’s up to them. But the topic and everything that we discussed, Stassi knew. She knew the subject matter, she knew what I was going to ask her, not the questions.”

“In fact, the night before the interview, it was asked that I not discuss her controversial comments on the #MeToo movement where she had criticized women that had come forward with their painful stories, and she made even more hurtful remarks about sexual assault that hit me to my gut. But I didn’t ask her.”

“I want to be honest with you. Given that she was five months pregnant, the issue of race was hard enough for her and for me, and there was a lot to unpack, including that Nazi comment.”

“So I said we’re not going to go down that road, but we would have this difficult conversation that we all should have to provide a better platform for our children…”

What are your thoughts on Tamron Hall’s response? Tell us in the comments below.