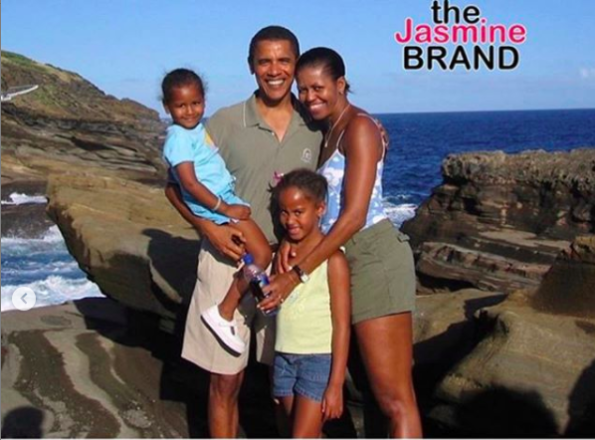 Michelle Obama brought in her husband, former President Barack Obama’s 59th birthday with a throwback photo and a sweet message.

Michelle Obama, 56 posted a photo seemingly from a past family vacation of her, Barack Obama, and their two daughters Malia Obama, now 22, and Sasha Obama, now 19, standing on rocks all smiles. The former First Lady captioned the post:

“Happy birthday to my favorite guy. Here’s to all the good days, blue skies, and new adventures to come.” 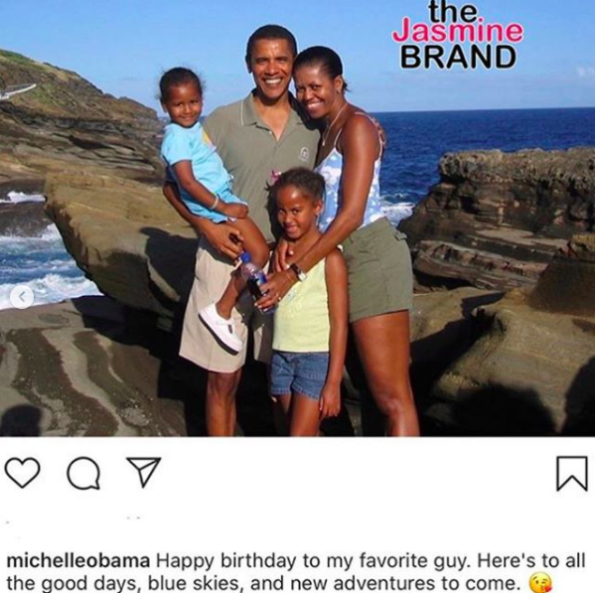 The two have been married for 28 years and Michelle Obama still remembers what made her fall in love with him.

She said on the debut episode of her podcast, The Michelle Obama Podcast, which featured none other than Barack Obama:

“One of the reasons I fell in love with you is because you are guided by the principle that we are each other’s brothers and sisters keepers.”

To which Barack Obama  jokingly replied:

The couple shared stories of how they became involved in the community that evolved into civil service.

“I thought, you know, that looks like hard work but it never looks like lonely work. I always say the years I spent organizing, I got more out of it than the people I was supposedly helping.”

See the clip below.