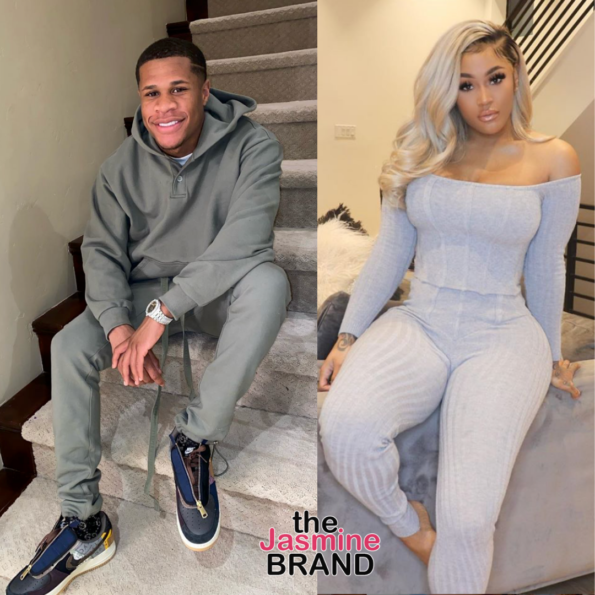 Lira Galore, also known as Lira Mercer, 26, wants her life to stop being a topic of discussion.  The Instagram model is currently in the media amid reports she’s dating boxing star Devin Haney. Now, she’s denying that the two are a romantic couple.

Rumors began to swirl after both Lira Galore and Devin Haney posted a series of photos from Cabo, Mexico with a similar view, between July 31st and August 4th. 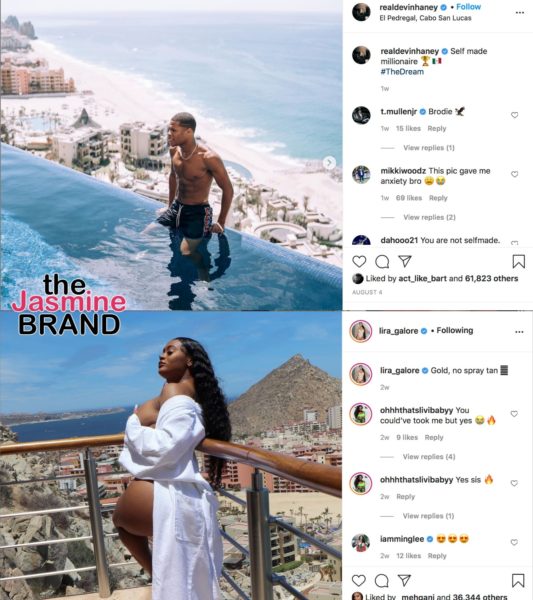 Once Lira Galore found out she was being romantically linked to the pro athlete, she cleared things up in a post that has since been deleted.

She began by saying that she was in fact recently on vacation, but described it as a “friend group trip.”

“…Yes I recently took a trip w some friends.  Very much a friend group trip.”

She added that she and Devin Haney are just friends and noted that she’s still single.

“He and I are just friends, We’re not romantically involved, and we are not in a relationship.  I’m SINGLE & a 24/7 mom but I can have a lil fun! Everything is not tea and every time I’m around someone that doesn’t mean I’m f***in them, that’s my man or that we dating.  It’s NO tea.  LIKE I SAID B4.”

Closing out her statement, she said she wishes the internet would wait until people confirm things before making it a story.

“I really wish mfs wold let ppl confirm things b4 ppl post and make assumptions.  We was just lit having a good a** time and takin pics it’s not that deep. GET A LIFE.” 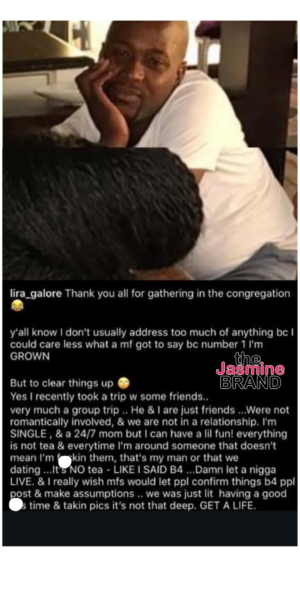 The two are currently following each other on Instagram. 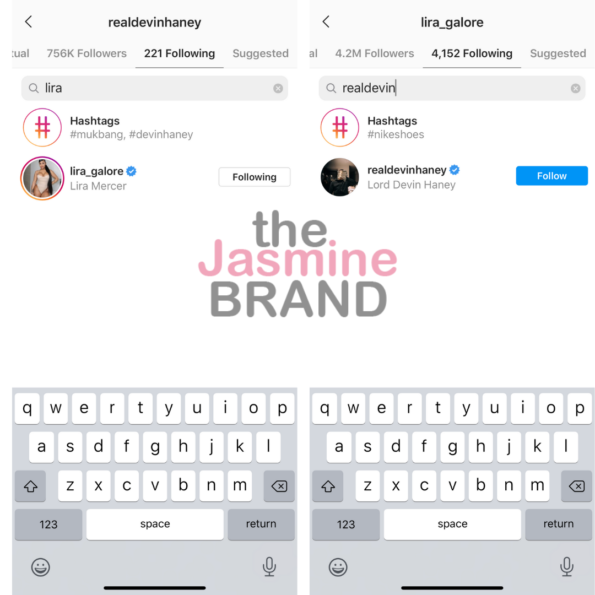 Do you think Lira Galore and Devin Haney are dating? Let us know in the comments!