Robin Givens Doesn't Want To Be Included In Mike Tyson Biopic: It’s Hard Not To Feel Deeply Disturbed By It - ViralMula.com

Robin Givens Doesn’t Want To Be Included In Mike Tyson Biopic: It’s Hard Not To Feel Deeply Disturbed By It

While heavyweight champ Mike Tyson is praised in the boxing world, his ex-wife Robin Givens is speaking out about his upcoming biopic, and she said she wants no parts of it.

“a definitive yes. Look, doing biographies is a tough thing, sometimes it takes 20 years to get them done. But we officially got the real ball rolling.” 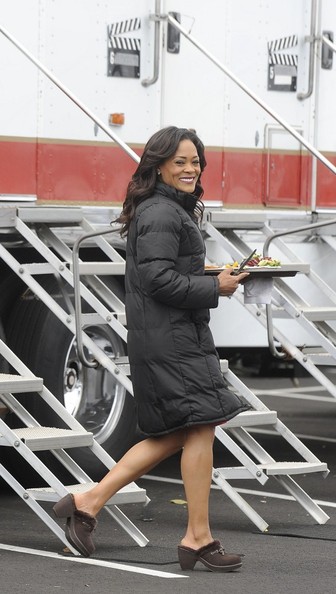 Now, Robin Givens is sharing her thoughts. During an interview with Bevelations, host Bevy Smith asked Robin Givens if she hopes the is portrayed in a better light compared to how the public actually treated her during the aftermath of her divorce with Mike Tyson.  She replied,

“How can I say no to that? Of course, yes. I think we live in a world right now, If you tell lies loud enough and often enough, they can stick. I’m from a family that we kind of—my grandmother was always like just go to mass and pray. But I think in many respects, what happened to me gave me a voice. But not only for myself but for other women that were in my position. I really ask people to really think on their own.

Robin Givens previously accused Mike Tyson of abusing her during their relationship both before and after they married on Feb. 7, 1988. She suffered a miscarriage in May of 1988. She then filed for divorce from Mike Tyson, telling Barbara Walters that living with the boxer was “torture” and “pure hell.” After the couple finalized their divorce on Feb. 14, 1989, Mike Tyson claimed that Robin Givens stole millions of dollars from him and labeled her as a gold digger. Reports say that Givens was awarded a $10 million settlement, although she denies that she ever received a dime.

“First of all, I was a young woman at the time.  I was 22-years-old. By the time I met my ex-husband and not to go through my things on paper but I had graduated from high school at 15. I went to college at 19. I was a Harvard grad. I had my own tv show. I had my own home by the time I met…I don’t think a lot of 22-year-olds can say that. I only say that, not to applaud myself –but it’s amazing that when people do tell lies, it kinds of takes away your truth. And I think it’s very important not to let somebody do that, not to let somebody rewrite history because you have a louder voice.

And I would like to believe—and I know for a fact because I’ve spoken with women. What happened to me, didn’t just happen to me. It happened to a lot of women.”

I’ll never forget being on Oprah and having Oprah apologize to me. This is a different climate for women. Just like with COVID and we all were paused and could watch what happened to George Floyd. That wasn’t new. But we could all watch. We could all see.

And I think the #MeToo movement—this is a different climate. Men can’t brag about hitting women any longer and call them names or where the victimizer becomes the victim. And I hope the movie reflects that. We don’t let the victimizer get away with now being coming the victim.”

In a second interview with Andy Cohen, Robin Givens says that she’s not interested in being in the movie at all.

“Honestly speaking, it’s something that… It’s a little… I don’t wanna say bothersome. It’s funny in life how you’re always kind of learning, growing and healing. That wasn’t a fun ex for me. It was interesting so, I did a lot of things.”

“I had a good friend of mine went and got the book that he wrote. I was reading it and there were so many things… that are so not true that it’s hard not to feel deeply disturbed by it. So, in a way I hope I’m stronger because of this but it’s a little upsetting…That’s going to be a tough one for me…”

When asked if she hopes she’s not included in the biopic she said,

“Of course, yes. The absolute truth would be absolutely yes. You know what term you hear a lot of the time recently, my truth? I hear that term. I kind of believe truth is truth… I think for somebody to take history and repurpose it or just kind of write what they want is so deeply upsetting to me… We’re living in a time now where people say all kinds of things and if you say it loud enough, people believe it.”

“Things that used to be acceptable to say to women or about women, I don’t think is acceptable now…To have somebody say, ‘The best punch I ever threw was against Robin and she bounced from one wall to the next and was out.’ I’m literally praying that we’re in a climate where that’s not acceptable, it’s not rewarded, it’s not congratulated. That’s soemthing that truly means a lot to me, not only for myself but for a lot of women that have been or are in the position that I was in.”

What are your thoughts on Robin Givens’ remarks? Let us know in the comments!