Chris Brown Won't Battle Anyone Except His Alter Ego Chris Breezy In A Verzuz Match Up: I'm In Competition W/ Myself - ViralMula.com 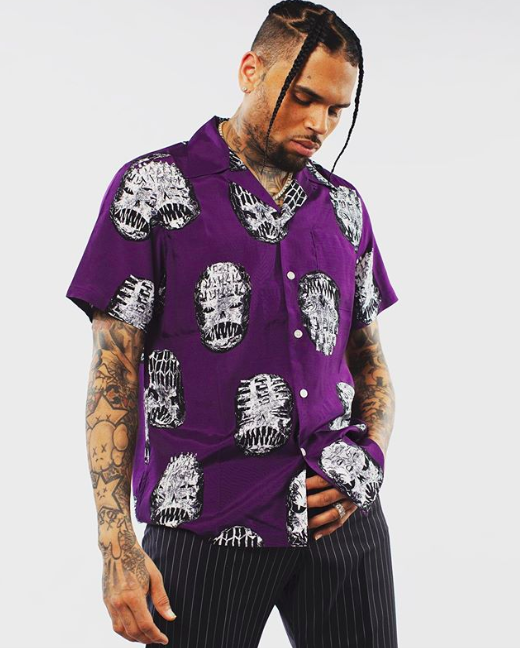 Chris Brown Won’t Battle Anyone Except His Alter Ego Chris Breezy In A Verzuz Match Up: I’m In Competition W/ Myself

Chris Brown is responding to fans’ push for him to go up against another artist in the wildly popular Verzuz battles broadcast live on Instagram. And he’s not having it! In a video of the multi-talented performer dancing and singing posted to his Instagram page, he indicates that he’d only compete with himself:

He also turned off comments for the post that has more than 4445000 views.

The most recent Verzuz battle was between legendary rap artists, Snoop and DMX. Their match up reportedly had more than 600,000 viewers on Apple Music and more than 500,000 viewers on Instagram. The West Coast/East Coast “battle of the dogs” had a number of highlights including DMX‘s opening prayer rap and both of the legendary artists rapping live over some of their classic songs.

Meanwhile, fans’ latest request is for R&B singers Ashanti and Keyshia Cole to participate in a Verzuz battle! The ladies actually interacted with one another during the Snoop/DMX Verzuz battle and it appeared that they were on board to get it going. 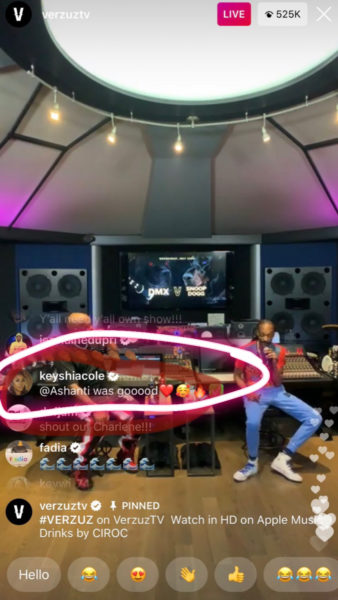 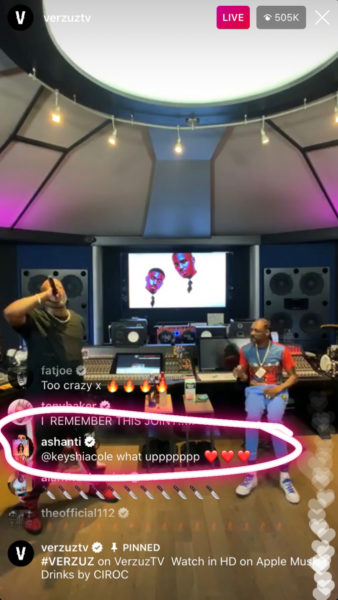 In the past, the two have tossed around the idea of joining in on the Verzuz phenomenon created by super producers Timbaland and Swizz Beatz. Singer-songwriter Ashanti says she “wouldn’t be mad” if that was something the fans wanted to see:

Would You Like To See
Ashanti Vs Keyshia Cole Battle? pic.twitter.com/ddcZrMHjhm

Keyshia Cole even shared a list that fans sent of some of the hits they would want to hear played/performed from both artists and asked Timbaland and Swizz Beatz if they were “accurate.” 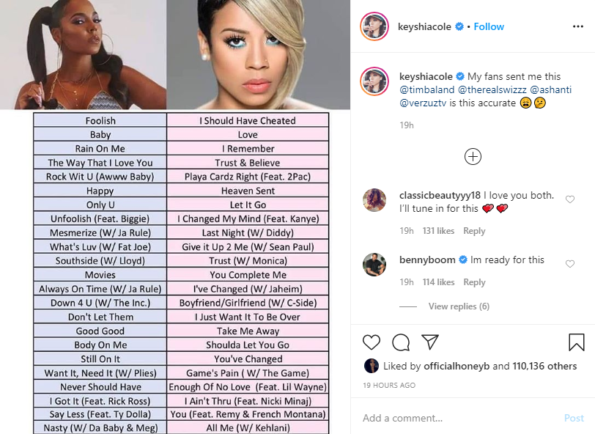 Do you hope Chris Brown changes his mind? Let us know in the comments.