by Mr Koco 5 days ago5 days ago
3views

Lena Waithe’s “Twenties” series is coming back for season 2 on BET.

Back in March, theJasmineBRAND broke the news that the scripted series was getting renewed. 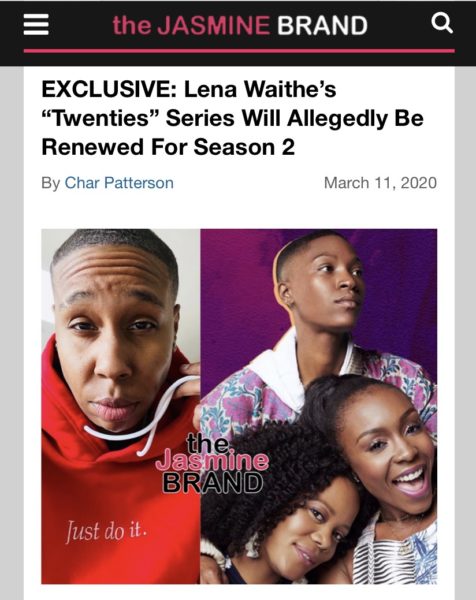 Now, the series has confirmed its renewal on Instagram.

“Our queer a**es coming back.” 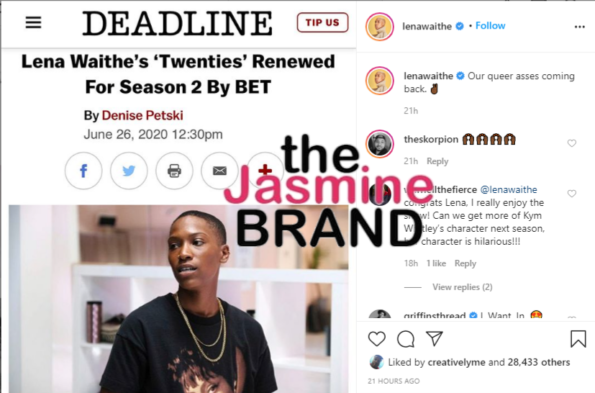 “Twenties”, which premiered on BET March 4, 2020, is a comedy series that follows a queer black woman named Hattie (Jonica T. Gibbs) and her two straight best friends, Marie (Christina Elmore) and Nia (Gabrielle Graham) as they try to find their way through life while balancing love and their professional lives in Los Angeles. It is loosely based on Lena Waithe’s life.

She previously said of the series,

“You kind of get a pass, for some reason, if there’s a two in front of your age. That, to me, is where you can really decide ‘fight or flight’: in your 20s.”

“I was so eager at the time. I was like, ‘Why not?’ Like, ‘Why not have a show like this?’ But obviously the world really wasn’t ready yet — who knows if they’re ready now? I think so. We’ll see.”

BET picked up the show after TBS passed following the pilot in 2018.

Are you excited for the new season of “Twenties”? Comment below!