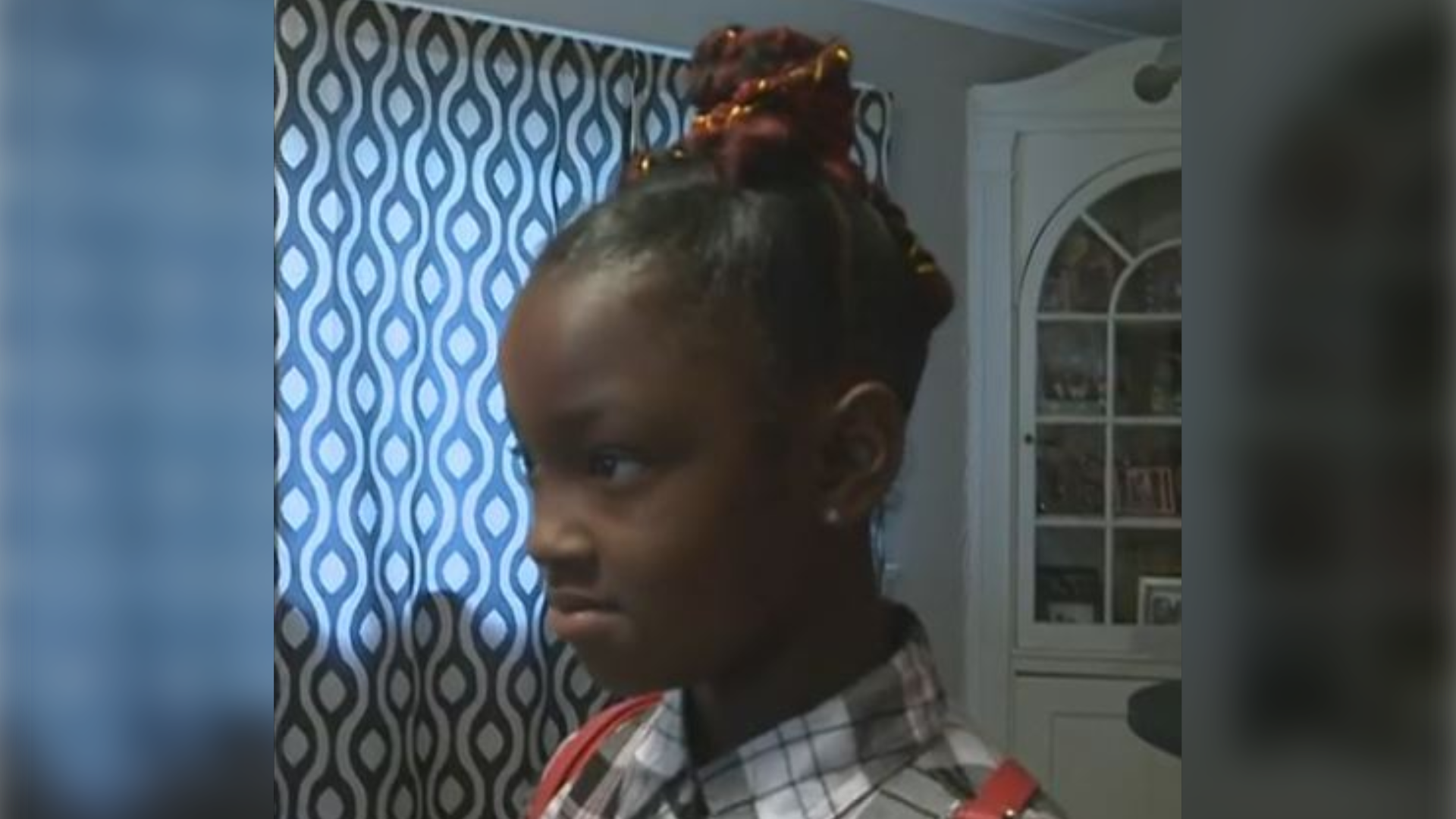 A Black Michigan third-grader said she cried a lot and felt singled out by her white teachers when she was blocked from getting her school picture taken because of her hairstyle which was braids a popular Afrocentric hairstlye.

Marian Scott, 8, showed up for picture day at Paragon Charter Academy last week, but her red extensions violated the picture-day policy and she was sent back to class.

“It’s upsetting, you know,” Marian’s father, Doug Scott, tearfully told WILX. “This is uncalled for to pull them to the side. They didn’t even call us.”

The Paragon Charter Academy handbook says that students’ “hair color must be of natural tones.” But her family says a lack of communication led to the confusion. And the natural tones phrase sounds like a diss to black people who known for having mostly dark colored hair.

A Michigan father said his 8-year-old daughter could not take her school photo because of the red in her hair. 8-year-old girl denied school picture because of red hairstyle

“If they would have reached out to us and say come get her…she’s got a hair issue we need you to change it, that’s not allowed, I can show you in the handbook — they didn’t even go to that extent,” Doug Scott said. “They let her stay in school so if she’s not a disruption to the class then why is she a disruption to the picture?”

The school’s principal, Ben Kriesch, said students with a hair color or style violation are given a week or so to get it corrected, which is why Marian was allowed to remain in class.

The school reportedly also sent out a recorded message before photos were taken that covered the dress code policy. Doug Scott said he never got it.

“Had I seen the email I probably would have told Latoia [Marian’s mother] don’t even do it, even if it’s school colors,” he said. “I think its good that this happened because now people are going to get the opportunity to take a look at what’s really going on.”

Marian Scott did return to school Monday with black hair. She plans to have her picture taken next month on a re-take day.