Jussie Smollett You Are A Disgrace - Police Chief - ViralMula.com

Jussie’s bail was just set by a judge at $100k. He has to surrender his passport as part of his bail conditions and post 10% of his total bail to be released from custody. He’s also subject to pre-trial monitoring.

Trump has now weighed in on the situation, calling Jussie’s allegations “racist and dangerous.”

.@JussieSmollett – what about MAGA and the tens of millions of people you insulted with your racist and dangerous comments!? #MAGA

The Police Superintendent just expressed his outrage at Jussie Smollett for allegedly betraying the African American and LGBT communities to further his career in a “publicity stunt.” The superintendent said Smollett created the ruse because “he was dissatisfied with his salary” on “Empire.”

The Superintendent also said the wounds on Smollett were most likely “self-inflicted.”

The Superintendent added that Jussie sent a “false letter” — presumably the letter that was sent to Fox Studios 8 days before the incident.

Jussie has turned himself in and is under arrest. He’s been booked and will be taken in custody to the courthouse where he will be going to bond court at 1:30 PM CT. He will either post bond or be released on his own recognizance. He will not enter a plea. 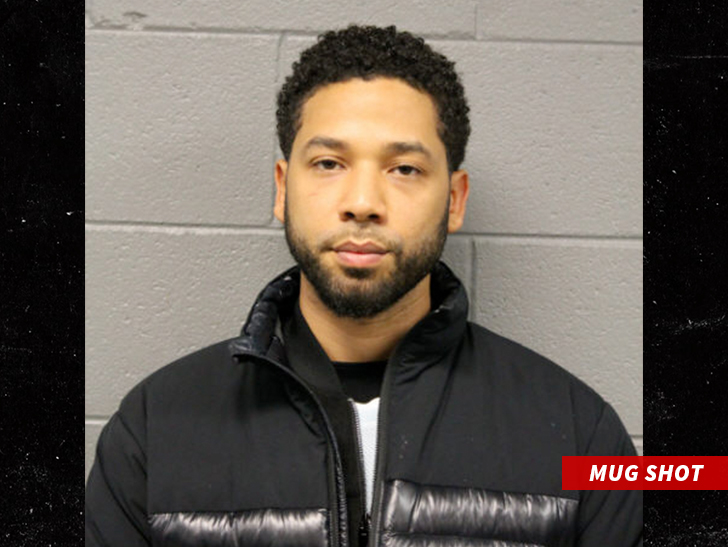 Jussie Smollett has just been charged for a felony … disorderly conduct for filing a false police report, and the stakes are 3 years in prison.

We’re told Ola and Abel Osundairo — the 2 brothers — told Grand Jurors they staged the so-called “attack” at Jussie’s behest and even got paid for it. The brothers were caught on camera buying a bunch of supplies before the incident … including ski masks, gloves, bandanas, sunglasses and red hats.

Although police officially called Jussie a “victim” until recently, multiple law enforcement sources have told us the police had real doubts about Jussie’s story early on. They found it weird he kept the rope around his neck for 42 minutes after the “attack,” and were suspicious when he took them to the scene and immediately pointed to a camera which he said captured the incident. Turns out, the camera was pointed in the wrong direction.

Abel and Ola told police they drove with Jussie in the days prior to the incident scouting a location and even rehearsed the “attack.”

Law enforcement believes Jussie timed the “attack” for January 29 because he knew the Osundairo brothers were leaving for Nigeria that day.