Social media has been agog with reactions following the news of Ooni of Ife’s third marriage to Evangelist Naomi.

Actress, Faithia Williams has joined the debate about the ”double standards” being practised in the society which sees nothing wrong in men marry as much wives as possible and being free to divorce and remarry when they please, unlike women.

The mother of 2 was married to actor, Saidi Balogun who shortly after their divorce remarried Funke Elegushi, younger sister to Oba Saheed Elegushi of Ikate land, Lagos. The union also broke down.

”Ooni of Ife marries third wife and every one is super cool with it. But imagine an average lady getting married to her third husband. Double standards?” 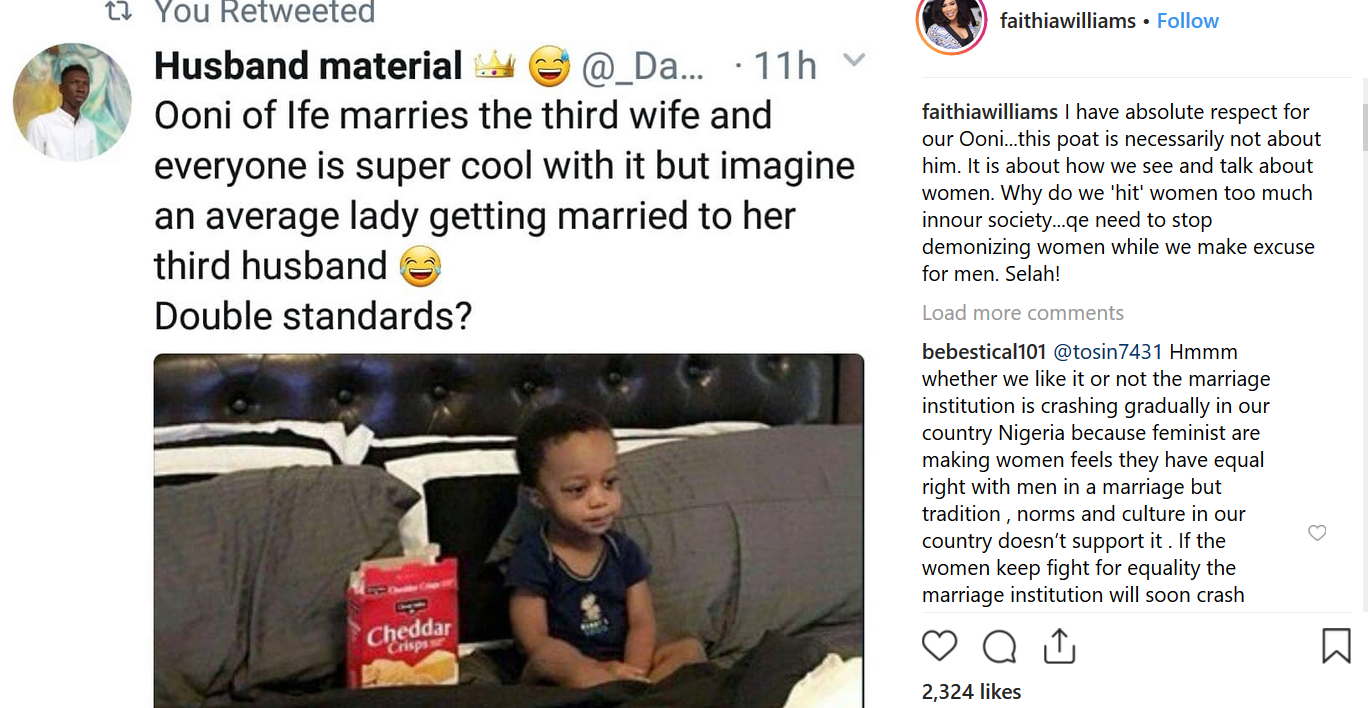 ”I have absolute respect for our Ooni…this poat is necessarily not about him. It is about how we see and talk about women. Why do we ‘hit’ women too much innour society…qe need to stop demonizing women while we make excuse for men. Selah!

The post has generated over 170 comments with some Instagram users supporting her while others opined that women should have more ‘dignity’ as multiple marriages would affect their children.

One user wrote; ”Imagine your son growing up, only to find out his mom has three husbands… U must realize that there is something called dignity of motherhood… for posterity”

Actress, Uche Jumbo who found the comment annoying, replied the user saying ”Imagine being proud of this comment. Motherhood HAVE nothing to do with the post.”